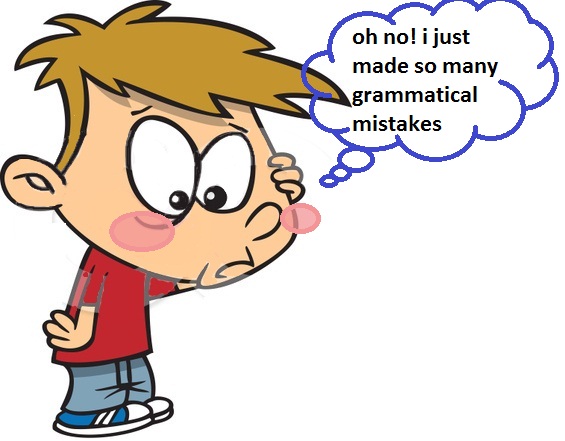 Directions to solve Sentence Completion and Cloze Paragraph questions: In each of the following sentences, parts of the sentence are left blank. Beneath each sentence, four/five different ways of completing the sentence are indicated. Choose the best alternative from the given options.

How to Solve Completing Statements

There are two aspects to questions on sentence completion and cloze (paragraph): vocabulary and reasoning. Vocabulary issues arise when one or several of the words in the sentence or in the answer choices are unfamiliar words. To an extent, you can try to eliminate the words that you are familiar with, and if all the known words can be safely eliminated; you may choose the unknown word for the answer. However, if several words are not known to you, the question may become a lost opportunity.

The basic test in these questions, the writer feels, is not vocabulary, as there are several other question types in competitive exams that directly test a candidate’s vocabulary. With or without vocabulary items the question tests your reasoning skills, though mildly.

Reasoning means completely comprehending the context provided by the sentence. This is where sentence completion and cloze differ from mere fill in the blanks. In fill-in-the-blank situations, one is not bothered about the context but is merely constructing a grammatically correct sentence which is meaningful – whatever its meaning may be! For example: I ___ you (love/hate), can be correctly completed by fixing any verb that is grammatically correct – love, hate, etc., __ It makes no difference! However, if the sentence is expanded to, I __ you, mom. The word ‘mom’ controls the context completely and eliminates the word ‘hate’. One may argue that both the words can still be used. In objective tests and in reasoning questions, one has to go by the generally accepted common meaning of all the terms. The word ‘mom’ is a loaded word in English – it is not merely a biological relationship, there is a great deal of love, care, and affection associated with that word. Hence, the word love goes into the blank naturally and smoothly. The word hate needs to be fixed subjectively – you in which a person has to think about his or her mom. It is an objective test in which the generally accepted meaning of the word ‘mom’ controls the context.

Once the context is well understood and the operative ideas well identified, it becomes very easy to see why only one option can score and not the others – even though, more often than not, the choices appear to be very close.

Look at the above example. The law prohibits a person from felling a sandalwood tree, even if it grows on one’s own land, without prior permission from the government. As poor people cannot deal with the government, this legal provision leads to a rip-roaring business for __ who care neither for the ____ , nor fort the trees.

Rip-roaring business for and who eliminate ‘the government’ – no government is in business; it cannot be referred to as ‘who’. Though option 1, 3, 4 fit in the first blank, in the context, the word care eliminates rich (options 1 and 3) – care for the rich is meaningless in the context. Hence option 4. This is very simple question used merely to illustrate the working.

Question 1: The law prohibits a person from felling a sandalwood tree, even if it grows on one’s own land, without prior permission from the government. As poor people cannot deal with the government, this legal provision leads to a rip-roaring business for ___ who care neither for the ____ nor for the trees.

Question 2) In these bleak and depressing times of _____ prices, non-performing governments and ___ crime rates, the Indian Cricket team has given us, Indians, a lot to cheer about.

In these bleak and depressing times of ___ prices, non-performing governments and ___ crime rates, the Indian Cricket team has given us, Indians, a lot to cheer about.

To word ‘prices’ directly controls has the word before it, and depressing times controls this word indirectly, here the word ‘ascending’ can be eliminated in comparison to ‘spiraling’ and ‘escalating’- ascending prices would not make as much sense as spiraling does. Ascending and escalating applied to prices would mean a steady and smooth upward movement whereas spiraling would mean an upward movement which is swift, uncontrolled, and unpredictable. Hence comparing these words in the context of depressing times the word spiraling is best applied to prices. The next word is directly controlled by the term crime rates and need to build a climax, spiraling prices, non-performing governments, and ____ crime rates. Between booming and soaring to be applied directly to crime rates, booming suggests a physical expansion (in size – booming population, booming economy), and soaring suggests a shooting upward and can be rates well. If the times are depressing and prices are spiraling, soaring crime rates logically builds the climax. Hence the best option is 3, which is the scoring option.

The manners and ___ of the nouveau riche is a recurrent ___ in literature.

Some of us many confront vocabulary items in this sentence. Nouveau riche [pronounced: noo - voh reesh] means: a person who is newly rich. Motif may also pose a problem. It means:

The first word is directly controlled by ‘manners and’. In comparison to morals and wealth, style can be easily eliminated as ‘style’ does not add much to manners in the context of the sentence; hence, option 1 can be eliminated for others. ‘recurrent ____ in the literature ….. ‘ can be either motif or theme rather than story. This comparison of options can eliminate option 2. Choosing between option 3 and 4 becomes easy because the term nouveau riche already implies wealth, besides wealth being a recurrent theme is inferior (logically) to morals being a theme. Hence the scoring option in this question is option 4.

Note: Since these are less time-consuming questions, attempting them carefully will give rich rewards. Remember to read and understand the context well before looking at the options. Analyse the options only after the context is understood well and the controlling ideas are identified.